Over the past several months, Bitcoin – the world’s first and most famous digital currency, has dominated news headlines, bringing mainstream publicity to the world of blockchain.

You’ve probably heard of some lucky (or smart) individuals buying $100 worth of bitcoin in 2010 only to become bitcoin millionaires from their investments. Beyond the current speculative nature of Bitcoin though, it is often hailed as the future of currency by some, and the next best store of value by others. But there is also a lot of skepticism around bitcoin. 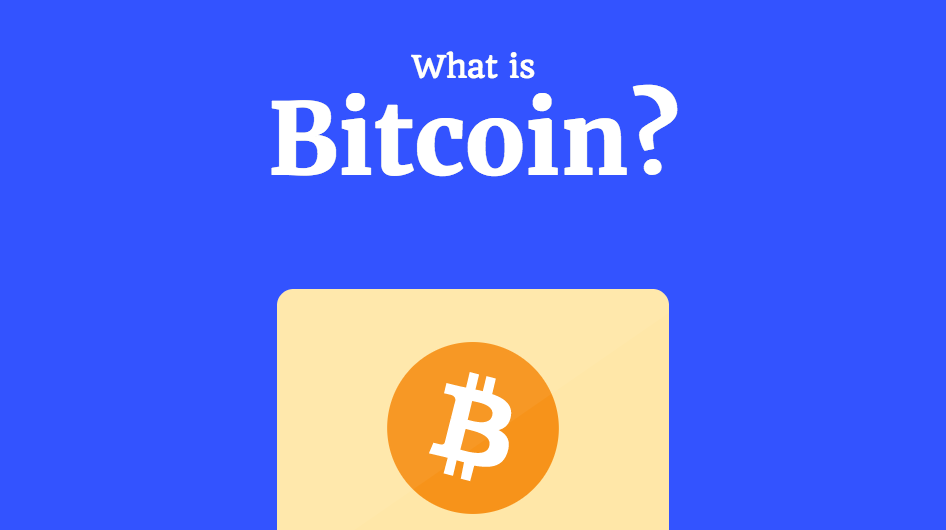 What is bitcoin? - A Simple Explanation

Bitcoin is a new digital currency created by an anonymous person or group of cryptography experts under the alias Satoshi Nakamoto. With bitcoin, transactions do not need a bank to facilitate transactions. The original idea of Bitcoin is that you can use bitcoin just like money to buy video games, make purchases online, send payments to friends and more.

The underpinnings of bitcoin are truly disruptive: it allows lightning fast transactions, potentially lower fees and does not rely on a central authority. This means this currency can’t be controlled by any government, corporation or powerful banking institutions. It is truly the people’s money.

Most of the hype in the media is centered around the rapid rise of the price of bitcoin in the last few years. Seemingly normal people are becoming “Bitcoin millionaires” within a few short years.

Bitcoin does not have a paper counterpart like the dollar does; it is not printed. Bitcoin is a currency that lives on the computer – it is completely electronic.

Bitcoin is the first example of a cryptocurrency, which is a digital currency that uses encryption to allow the creation and regulation of the currency. Cryptocurrencies as a whole have created a whole new asset class for investors to invest in and make money.

Why should you buy or use bitcoin?

Currently, there is so much interest and media-fueled hype around bitcoin because the price of bitcoin has skyrocketed in the last few years.

Was this rapid rise in price derived from a speculative bubble or based on something more solid (i.e a transfer of value from traditional currencies, a new & better store of value, etc.)? Only time will tell. We tend to think it is the later.

Naturally, much of the talk about bitcoin is centered around trying to make money with bitcoin and can be seen as a speculative investment. To many though, Bitcoin is merely a better alternative to Gold as a hedge against inflation amidst the federal reserves monetary manipulation.

However, bitcoin is much more than simply jumping on the bandwagon and trying to make money. Bitcoin and blockchain are disruptive forces that will likely stand the test of time. Bitcoin has many qualities that give it several advantages over government and banking controlled money. This was it’s initial intended purpose. Only time will tell if Bitcoin is used primarily as a store of value, a unit of exchange or something else.

The original idea is that Bitcoin can be used just like any other currency. It can also be used to buy things online, make international transactions incredibly easy and best of all bitcoin is not tied to a central authority. This makes it a type of “open source” currency.

However, because of the volatility and surges in transaction fees, Bitcoin may not be a practical replacement for money currently. It may one day, but for now, we can only guess what will happen.

”Economists and journalists often get caught up in this question: Why does Bitcoin have value? And the answer is very easy. Because it is useful and scarce.

Characteristics of Bitcoin: Why Bitcoin is a Potential Disruptive Force to the Current Monetary System

To put it most simply, Bitcoin is a digital currency system that offers complete transparency, anonymity, all while operating on a decentralized payment network. No central authority can control it. Even though bitcoin transactions are recorded on a public digital ledger, users (such as miners) on the network as well as owners of bitcoin are completely anonymous.

In theory, this means that central authorities such as banks or state governments cannot simply take an individual’s money away from them, or even engage in currency manipulation.

This public payment system is based on a technology known as blockchain. Bitcoin uses a series of private and public addresses that serve as encryption keys in order to complete digital transactions with low fees in a matter of minutes.

Bitcoin can be transferred at lightning speeds while maintaining anonymity and low transaction fees. If someone has a publicly used address, any user on the network can see how many bitcoins they have attached to that address, they just don’t know who specifically owns them. 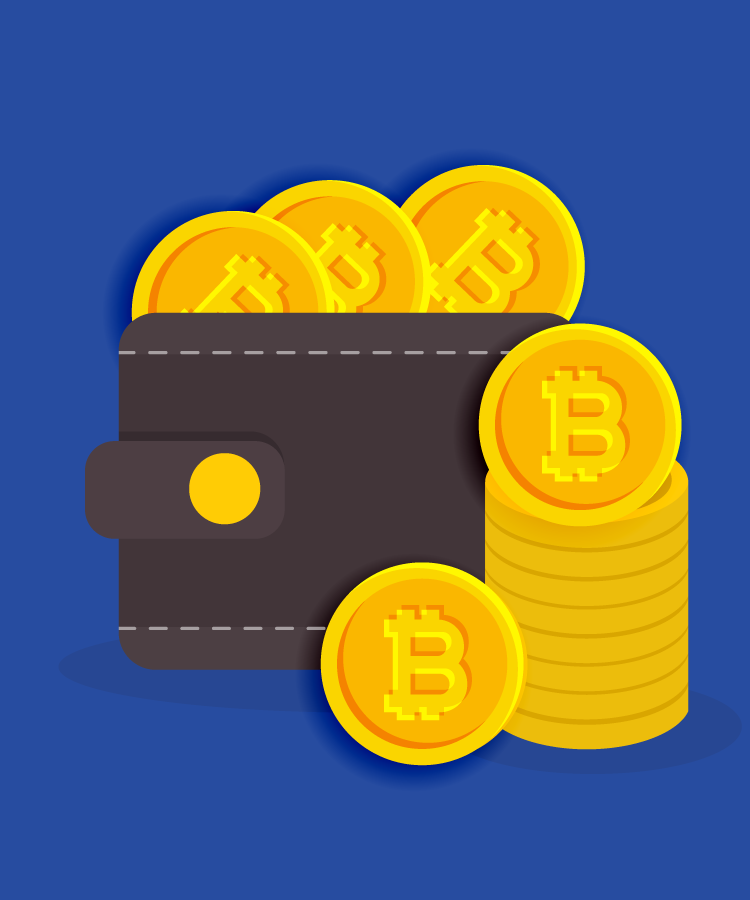 How to Acquire Bitcoins?

The first and most obvious way of getting into bitcoin is buying bitcoin with your primary currency.

You can also earn Bitcoin by mining it. Mining Bitcoin will likely incur a significant upfront capital investment.

Even if you’re not a bitcoin miner, acquiring bitcoins is an easy process. Most people buy bitcoins on an exchange using fiat currency (dollars, euros, etc.). The largest of these exchanges being Coinbase, although, there are a number of other reputable cryptocurrency exchanges.

You can purchase bitcoins and other cryptocurrencies on exchanges for minimal fees. You can also send bitcoins back and forth between users. Its similar to how you can use Venmo and Apple pay to pay your friends digitally, except it is with bitcoins.

Unlike conventional currencies such as dollars or euros, they can’t just be printed off by a central mint hidden from the public sphere. Bitcoin tokens are not tangible and are created through a digital process called bitcoin mining in which computational power on a distributed network is used to complete complex mathematical formulas. Miners compete to complete these formulas and the winner is rewarded with bitcoin.

The reason that this possibility of “mining” exists is essentially to offer an incentive to keep the digital ledger (blockchain) running. This incentivization is the secret sauce to allow bitcoin to run on an open, peer to peer network.

The number of bitcoins that can be created is finite. This means that unlike a traditional system of currency, one cannot print unlimited amounts of money thus allowing central authorities to extreme significant influence over hard currency markets.

Bitcoin protocol (the set of rules governing the bitcoin system) dictates that only 21 million Bitcoins can be created. The protocol was created by Satoshi Nakamoto to ensure transparency and low regulatory potential.

Simplify your social life by communicating via voice.

No matter how hard you look, you’ll never find better. 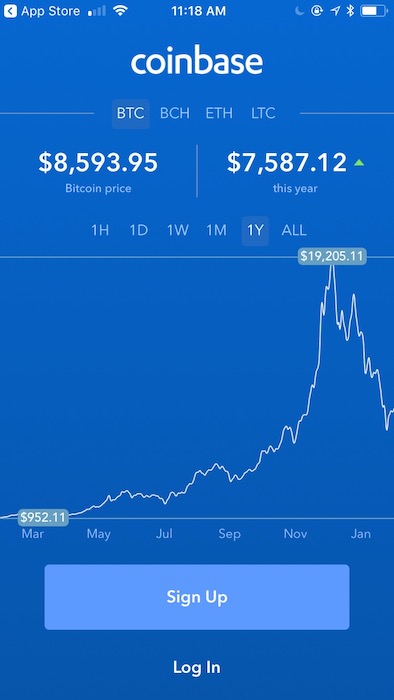 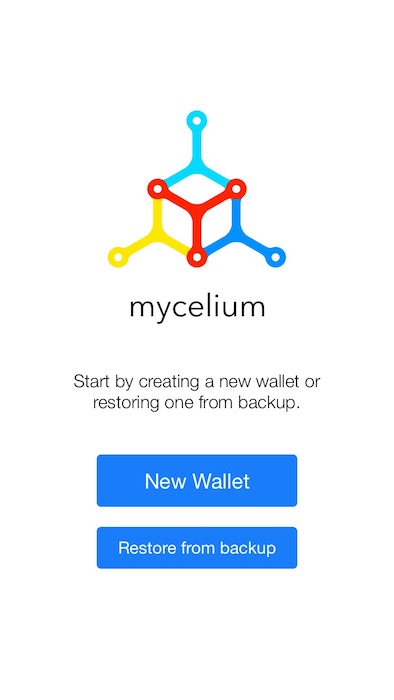 Get 10gb storage on our servers with a free account.

Holding onto and Storing Your Bitcoin

After buying bitcoin on an exchange you can either choose to hold your digital tokens in an electronic wallet on the exchange, a separate wallet on your phone or tablet (Mycelium), or even a “cold” hardware wallet such as the Trezor that can be disconnected from the electronic world (this offers the highest level of encryption and security).

Holding your crypto on an exchange carries a number of risks that have led people to switch to e-wallets or hardware wallets. These wallets serve as an electronic bank account.

Over the past year bitcoin’s value has skyrocketed, demanding the attention of investment firms on Wall Street and individual consumers everywhere. According to Coinmarketcap, bitcoin’s current value sits at $14,154. Bitcoin’s value is volatile as it largely is determined by open market bidding completed on exchanges like Coinbase. This is similar to the way the value of stocks and silver prices are influenced by market bidding.

Yes, bitcoin is legal despite its somewhat illicit origins. Bitcoin first gained notoriety for its use to anonymously pay for illegal goods and services on black market websites such as the Silk Road, which was shut down in 2013 by the FBI. There is a movement towards regulation being supported by various nations as the viability of cryptocurrency as a valid currency has sometimes been questioned. Even so, other countries have been embracing cryptocurrency as the future of money (Japan v. China).

Beginners to the world of bitcoin are advised to be cautious in the face of a number of risks in the growing world of virtual currency. Bitcoin exchanges have been the target of hacks resulting in the loss of millions of dollars. Bitfinex, a popular cryptocurrency exchange, was hacked in 2016 leading to a loss of 120,000 bitcoins.

Unfortunately, due to its decentralized nature, bitcoin electronic wallets are not regulated or backed up by central authorities such as the FDIC. This has led to some controversy as some bitcoin users have clamored for further protection and regulation, although most feel this defeats Satoshi Nakamoto’s original purpose for bitcoin.

Bitcoin Vs. Other Cryptocurrencies

Bitcoin is by far the most well-known digital currency, but that is not to say that there are other currencies that offer strong utility and advantages to individuals as well as businesses.

Ethereum, probably the second most publicized cryptocurrency based on blockchain technology, was created by Vitalik Buterin, a programmer that was formerly part of the Bitcoin development team. Ethereum offers a smart-contract functionality that allows users to present conditions for a transaction to take place. If the conditions are met, the transaction goes through, if not, the transaction is immediately rejected. Its cryptocurrency token is known as Ether and is currently worth $1,331 according to Coinmarketcap.

Litecoin, abbreviated to LTC, is valued at $237.95 on Coinmarketcap and was created by Charlie Lee, a former Google employee, in 2011. Simply put, Litecoin aims to be an improved Bitcoin. The Litecoin network processes transactions at 1/4th the time of Bitcoin and also utilizes a Scrypt function making its mining process more complicated. It’s considered to be more expensive and complicated to mine Litecoin when compared with Bitcoin.

The Future of Bitcoin

The future of bitcoin and blockchain hold a number of wonderful potential uses. Blockchain, the technology behind bitcoin, can be used for a variety of real-world business applications. For example, Blockchain can be used to complete real estate transactions, transfer medical data, or efficiently send remittances abroad.

Blockchain has opened the world up to a whole new frontier: Using technology in place of 3rd party trusted organizations. And with Bitcoin, our idea of what money may change forever. It makes us realize that the digital world can shape and transform society in extreme ways, yet is still not fully known where we are headed with Bitcoin and Blockchain.

Any prediction is only conjecture, as we really do not know what the future holds for Bitcoin. Some say that Bitcoin will someday be used as a currency or possibly overtake traditional currencies. Others say that it will primarily be utilized as a store of value like Gold. And even other critics will compare it to a bubble.

There is only one thing we do know: the invention of Blockchain and Bitcoin are likely the biggest technological advances since the internet. Just like the internet, Bitcoin and Blockchain may take unexpected turns and blossom into something amazing that we may not be able to comprehend until fully realized. The implications for these new technologies are vast.